Swedish author Freddie Åhlin is releasing his debut horror thriller Dalton Highway this September, based on his travels to some of the most isolated regions of Alaska.

Dalton Highway follows the story of 45-year-old lorry driver, Tom Richards, who is on the verge of bankruptcy, and sets out to save his failing marriage by taking on a dangerous job to drive across a deserted 414-mile stretch of road through the Alaskan wilderness.

Before he sets out on his perilous task, Richards takes his 5-year-old German Shepard to accompany him but little does he know his journey is about to take a turn for the worse as he gets caught up in a storm and loses control of his lorry. Trapped in the middle of the Alaskan wilderness, Tom along with his beloved dog have to fight for survival in a dark and mysterious forest before time runs out for them both.

Britain Daily sat down with the author to discover more about his debut book, and how his journey into writing began.

In conversation with Freddie Åhlin

How did you become an author?

Freddie: As a kid, I used to take those cards from a small box at school. On every card there was a word. If you picked three cards, you had to write a story involving them. It was a good creative writing process. As a teenager, I read a lot of horror fiction, and also continued writing darker stories. I wrote a couple of novels and loved the process of one day being able to entertain someone the same way I experienced it, but also as an escape to another world. I made it all over again, and sacrificed many sleepless nights to get out the stories I wanted to tell. When I grew older, I started understanding the whole process behind the art of a book more. Even if you think it is a lonely job to be a writer, you are strongly dependent on others. But whatever led me to become a writer, I love it.

How did you come up with the story for your debut novel, Dalton Highway?

Freddie: I actually came up with the idea for Dalton Highway when I was doing some research on isolated areas (yes, we authors tend to have quite some interesting web history!) when I found out about this place in Alaska. Dalton Highway is an isolated road through the wilderness of Alaska. It’s 414-mile long, which is 666 km in european measurements. I thought, wow, that is an interesting number for a road in the middle of nowhere. I wonder what’s going on out there? I continued my research and found out the road is mostly used for truckers who deliver loads to an oilfield at the furthest spot on the road, Prudhoe Bay. So I was thinking, what could basically go wrong with a trucker on one of the most isolated roads in the world? Let me tell you one thing, being stranded in the Alaskan wilderness without any coverage or protection, is nothing, not even a thrill-seeker, wants to experience. The story turned into a nail-biting horror suspense.

What is the most difficult thing about being a horror writer?

Freddie: I think that many authors struggle with self-criticism, insecurity, and the fear of failure. Whatever we decide to write, or think about writing, we always have this self-criticism inside us asking if it will be good enough. Writing a book takes a lot of effort, planning, and sometimes even makes you question your own mentality. As a horror writer, you have to dig deeper into what gives you fear, tear out dark secrets and exploit any twisted minds. There is an explored field in the world of mysticism that attracts people. But a horror story not only contains horror, it can be a warm and loving story, which later turns into something horrific. I believe any given situation can turn into something terrifying, that’s what makes the horror genre so interesting.

What do you think about the importance of research for a book?

Freddie: Researching is the cement if the words are the bricks, build it together and watch the story turn into a house. Without researching, the book will fall and you will stand there wondering why, trying to put the pieces together. Always do the research, even if you think you know it best.

What’s the best place for people to check out your work? 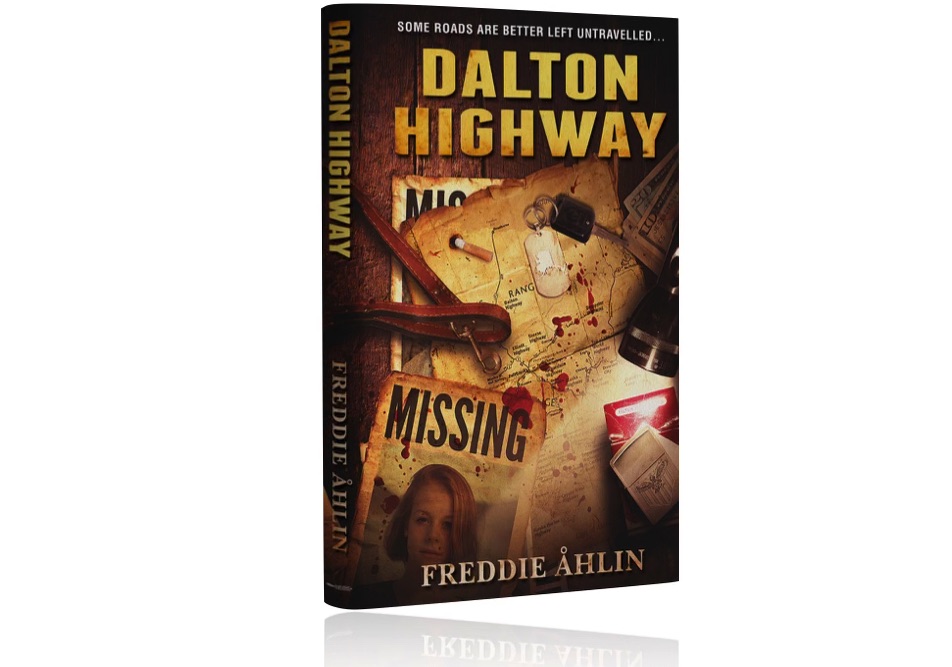 Dalton Highway will be available to order online as a softcover and hardback via Amazon in ebook, Kindle or audiobook formats as well as on Barnes & Noble from 1st September.